Mr. Lawson will be succeeded as president by John M. Stenstrom, who has been Norsk's vice president and operating manager since 1982.

W. Scott MacKinnon has been appointed vice president and chief financial officer; he was formerly secretary/treasurer.

Lawson is stepping down as president on June 30 this year, retiring after a 38-year career. He served as president for 13 years, and prior to that held key management positions including assistant general traffic manager and manager-marine transportation for Norsk's then parent company, Crown Zellerbach Corporation. 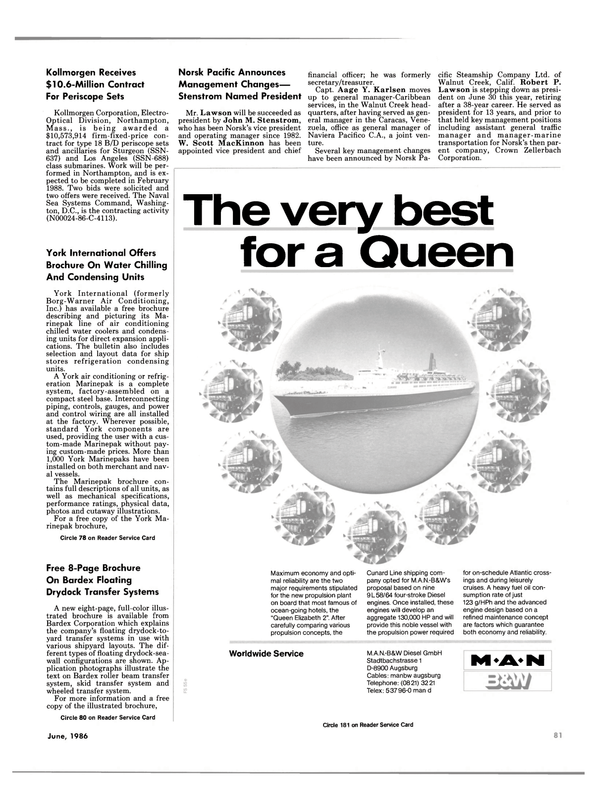