The new DFD engine features an MHI-designed electronic governor for fine-tuned control of the engine in accordance with changes in BOG generation in the LNG tanks and varying navigational conditions. It also has systems to monitor fuel burning in cylinders, the operation of fuel injection valves, and temperatures and pressure of major parts for automatic troubleshooting in tandem with the electronic governor.

MHI has already confirmed the new engine's controllability, safety and performance through tests at its Nagasaki Technical Institute.

At a demonstration held at the Kobe Shipyard & Engine Works recently, the company used the 7RTA84M modified for gas/fuel oil dual burning only in the seventh cylinder. The 7RTA84M is the same type as the 7RTA84MDF planned for installation as the main engine on an LNG carrier to be assigned for the Australian North West Shelf LNG Project. 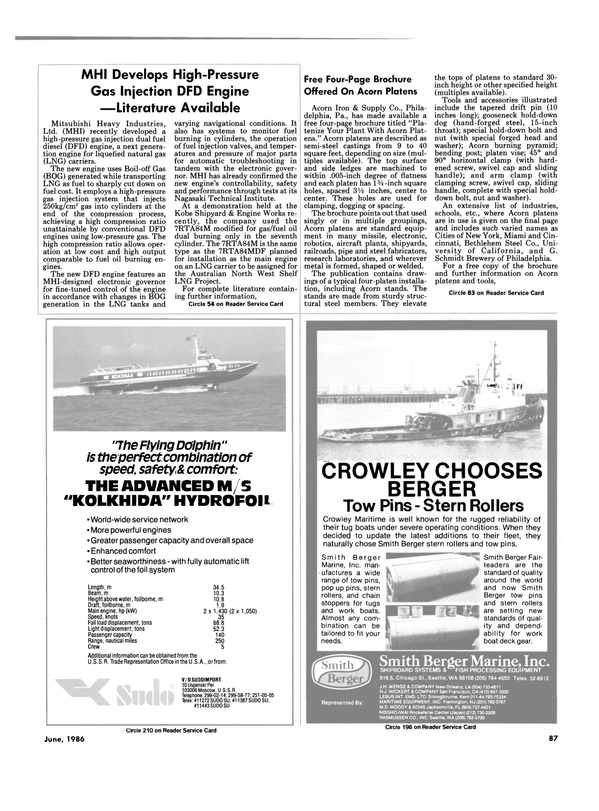