AWO Elects Officers For 1986 At Annual Convention In Washington

During the recent annual convention of The American Waterways Operators, Inc. (AWO), in Washington, D.C., Berdon Lawrence was elected unanimously as chairman of the board for 1986. Mr. Lawrence, president of Hollywood Marine, Inc., Houston, Texas, served as AWO vice chairman last year.

Captain Knight is executive director of Reinauer Transportation Cos., Inc. and Boston Fuel Transportation, Inc. He is a graduate of the Harvard Graduate School of Business Administration Advanced Management Program, and was recently awarded an honorary doctorate degree by the Massachusetts Maritime Academy. Captain Knight is a past president of the Boston Marine Society, past president of the Port of Boston, past chairman of the AWO Atlantic Region and Vessel Operations Committee, and is a member of the Towing Safety Advisory Committee.

Joseph Farrell was reelected as president of AWO. Mr. Farrell is a graduate of the U.S. Naval Academy, and spent 12 years as an officer in the U.S. Navy, primarily in nuclear submarines. He served in Washington, D.C., as Chief of Staff to Senator Charles Percy, and immediately prior to assuming the presidency of AWO, was senior vice president of Pullman Power Products of Pennsylvania. 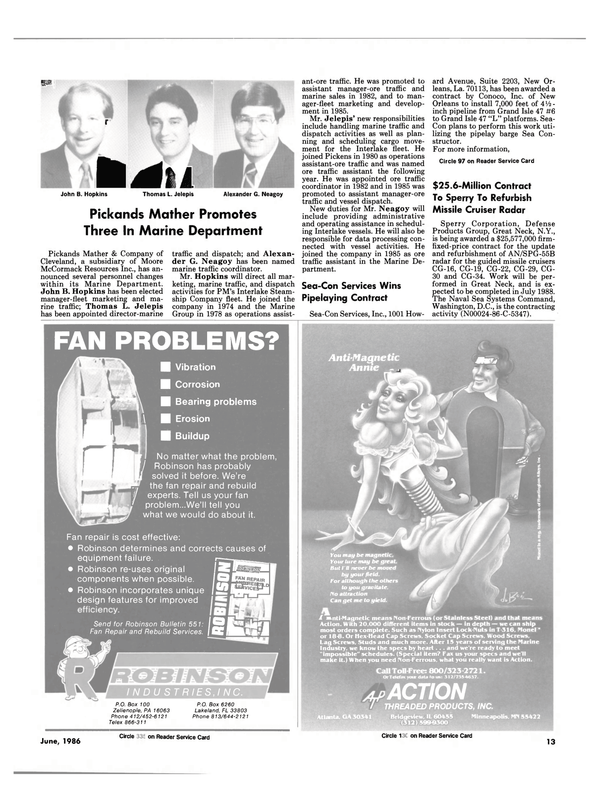 Read AWO Elects Officers For 1986 At Annual Convention In Washington in Pdf, Flash or Html5 edition of June 1986 Maritime Reporter