Hancock Succeeds Loftus As Comptroller And Deputy Commander Of NAVSEA

Headquartered in Arlington, Va., NAVSEA is responsible for the design, development, acquisition and life-cycle maintenance and modernization of the Navy's ships and shipborne weapons systems. The organization encompasses 59 field activities, including eight Naval Shipyards, and employs more than 100,000 people. NAVSEA manages about one-third of the Navy's annual budget.

Captain Hancock served on the staff of the Chief of Naval Operations from 1976 to 1980, and then in the office of the comptroller until January 1985. He was then assigned as deputy auditor general of the Navy, the position he held until joining NAVSEA.

The next assignment for Admiral Loftus will be as commander, fleet air-Mediterranean in Naples, Italy.

He has served as NAVSEA deputy commander/comptroller since October 1984. 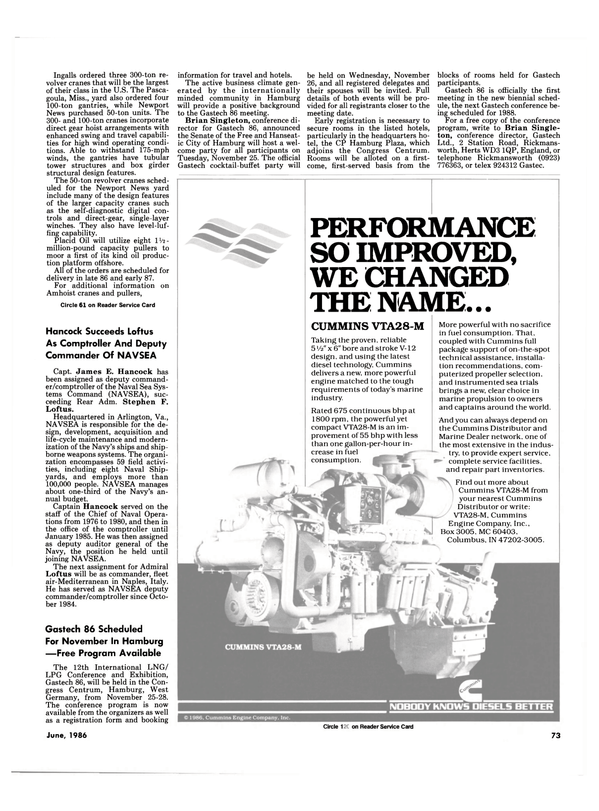