The Maritime Administration has invited proposals from interested parties to provide a vessel suitable for conversion to a U.S.-flag schoolship.

It would replace the government- owned training ship Empire State, which is now operated by the State University of New York Maritime College of Fort Schuyler. That vessel was delivered in 1952 as a combination passenger-cargo ship.

MarAd offers two options in regard to the replacement ship's condition and place of delivery: (1) A vessel "suitable for conversion" to be delivered to the James River Reserve Fleet at Newport News, Va., or (2) a vessel "in a fully certificated and operational condition" delivered to Fort Schuyler.

The specification requires that the ship be suitable for transporting and berthing 800 persons, having its keel laid after December 31, 1960, and be between 450 and 600 feet in overall length. Offers to provide a suitable vessel must be received at MarAd by 10 am (EDT) July 16, 1986. 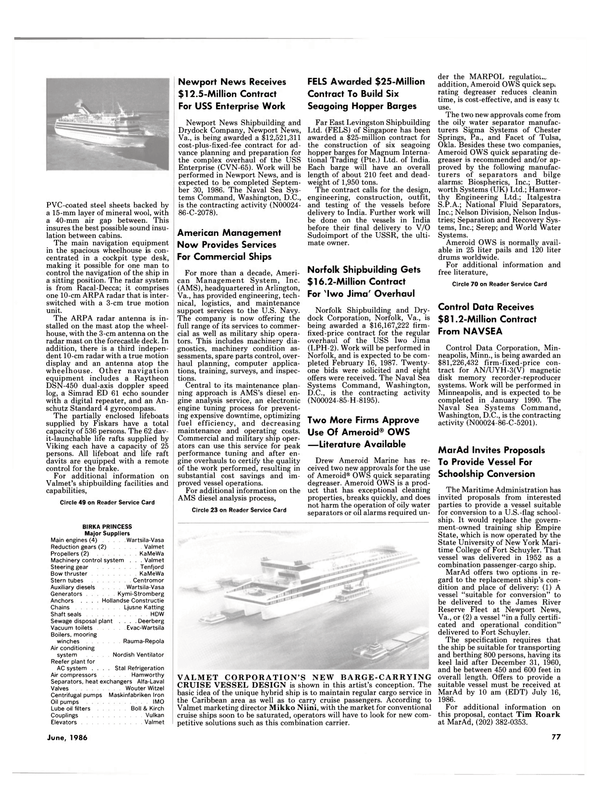