The well-illustrated catalog contains photos and drawings for the company's complete line of equipment and includes descriptions of each product group. In addition, each product group is keyed with bulletin and data sheet numbers.

The bulletin and data sheets contain far more extensive information and may be requested from the company by number.

Since its founding, NAO has expanded five times with a growing staff of more than 50 at its headquarters. 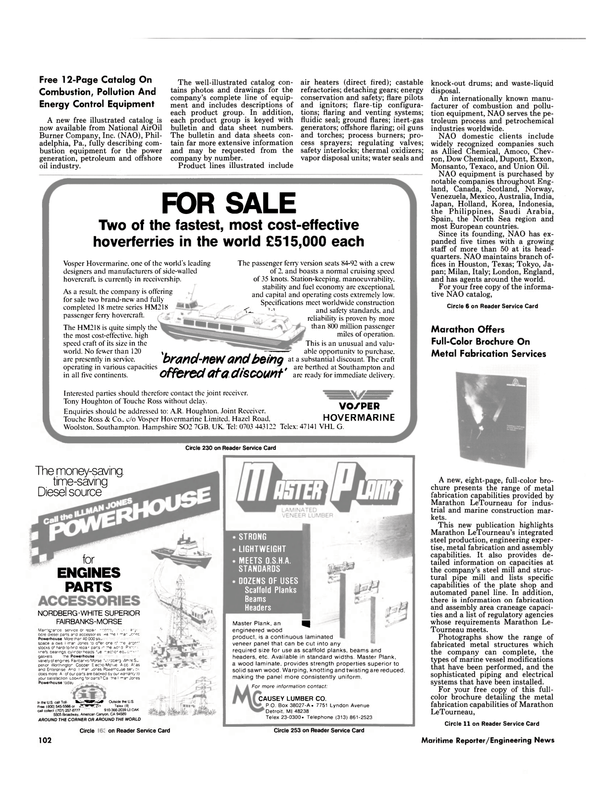