Mr. Hopkins will direct all marketing, marine traffic, and dispatch activities for PM's Interlake Steamship Company fleet. He joined the company in 1974 and the Marine Group in 1978 as operations assistant ore traffic. He was promoted to assistant manager-ore traffic and marine sales in 1982, and to manager- fleet marketing and development in 1985.

Mr. Jelepis' new responsibilities include handling marine traffic and dispatch activities as well as planning and scheduling cargo movement for the Interlake fleet. He joined Pickens in 1980 as operations assistant-ore traffic and was named ore traffic assistant the following year. He was appointed ore traffic coordinator in 1982 and in 1985 was promoted to assistant manager-ore traffic and vessel dispatch.

New duties for Mr. Neagoy will include providing administrative and operating assistance in scheduling Interlake vessels. He will also be responsible for data processing connected with vessel activities. He joined the company in 1985 as ore traffic assistant in the Marine Department. 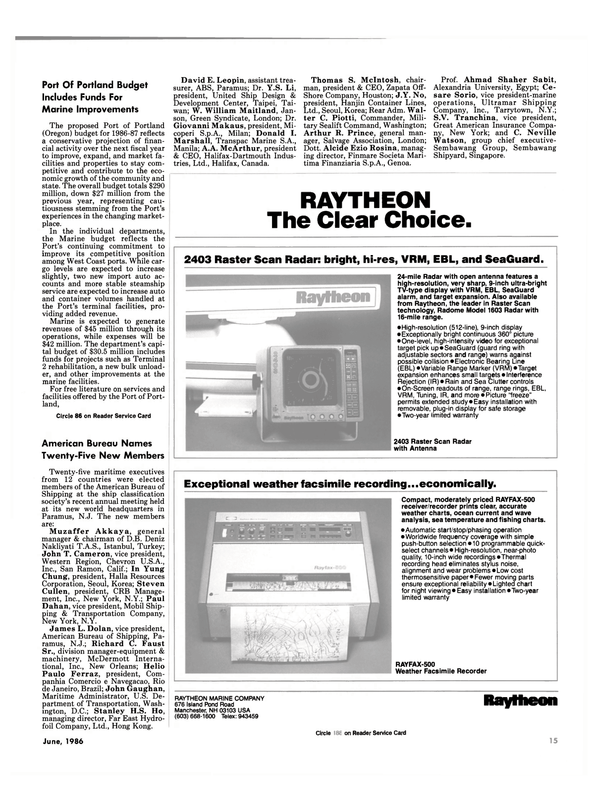