The proposed Port of Portland (Oregon) budget for 1986-87 reflects a conservative projection of financial activity over the next fiscal year to improve, expand, and market facilities and properties to stay competitive and contribute to the economic growth of the community and state. The overall budget totals $290 million, down $27 million from the previous year, representing cautiousness stemming from the Port's experiences in the changing marketplace.

Marine is expected to generate revenues of $45 million through its operations, while expenses will be $42 million. The department's capital budget of $30.5 million includes funds for projects such as Terminal 2 rehabilitation, a new bulk unloader, and other improvements at the marine facilities.

For free literature on services and facilities offered by the Port of Portland, Circle 86 on Reader Service Card 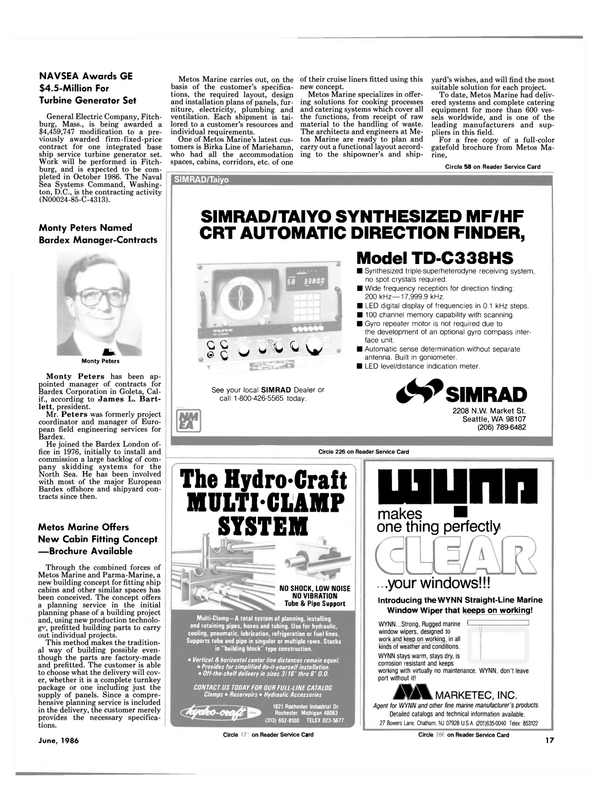