Borg-Warner Air Conditioning, Inc. has changed its name to York International Corporation (YIC), headquartered in York, Pa. According to president and chief executive officer Thomas J. Vincent, the new name brings the company, its products and services, and its people together under an identity that reflects the worldwide scope of its business.

York's Marinepak air conditioning chilled water coolers and condensing units are fully factory assembled to save space and installation costs, and custom tailored to each need. More than 1,000 Marinepaks have been installed on both merchant and naval vessels. 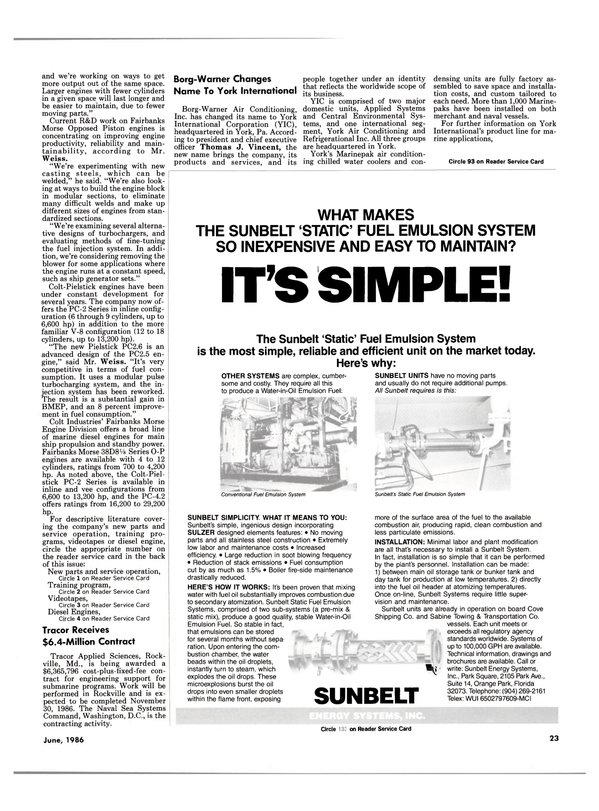