The 50-ton revolver cranes scheduled for the Newport News yard include many of the design features of the larger capacity cranes such as the self-diagnostic digital controls and direct-gear, single-layer winches. They also have level-luffing capability.

All of the orders are scheduled for delivery in late 86 and early 87.

For additional information on Amhoist cranes and pullers, Circle 61 on Reader Service Card 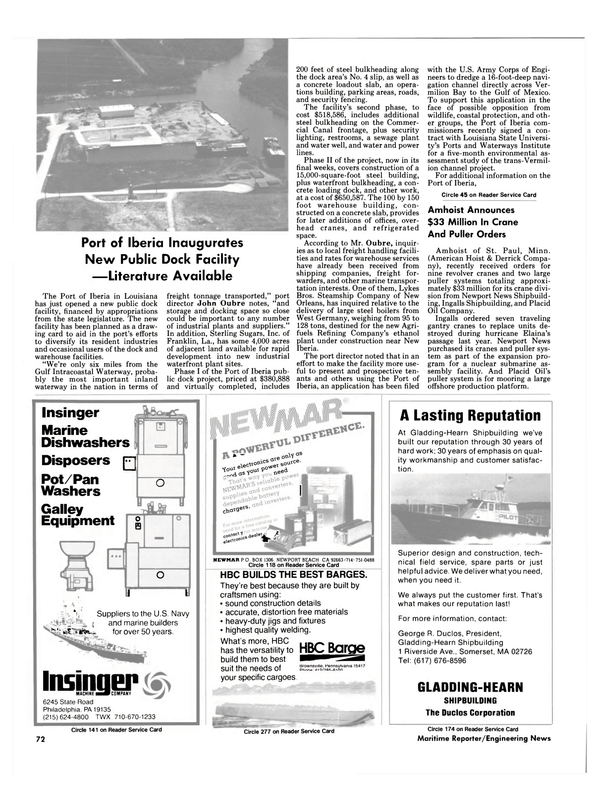