Jack Edwards, president of Halter Marine, Inc., a Trinity Industries company headquartered in New Orleans, has announced the delivery of the catcher/processor fishing boat Atlantic Prince (photo), built at its Moss Point, Miss., shipyard for Lund Fisheries. Warren Lund is the principal partner of the group that owns and operates the new vessel.

The Atlantic Prince has been completely outfitted with state-ofthe- art fish-processing equipment.

The vessel is capable of processing and freezing 275 metric tons of boxed fish, and can stay at sea for 21 days. She will have an operating crew of four, and as many as 22 packers, depending upon the particular catch the vessel is fishing.

Propulsion is provided by twin Caterpillar 3512 diesel engines with a total output of 1,800 bhp. The two Caterpillar 3412 gensets are each rated 460 kw. The vessel is equipped with a MARCO T-200 box thruster. 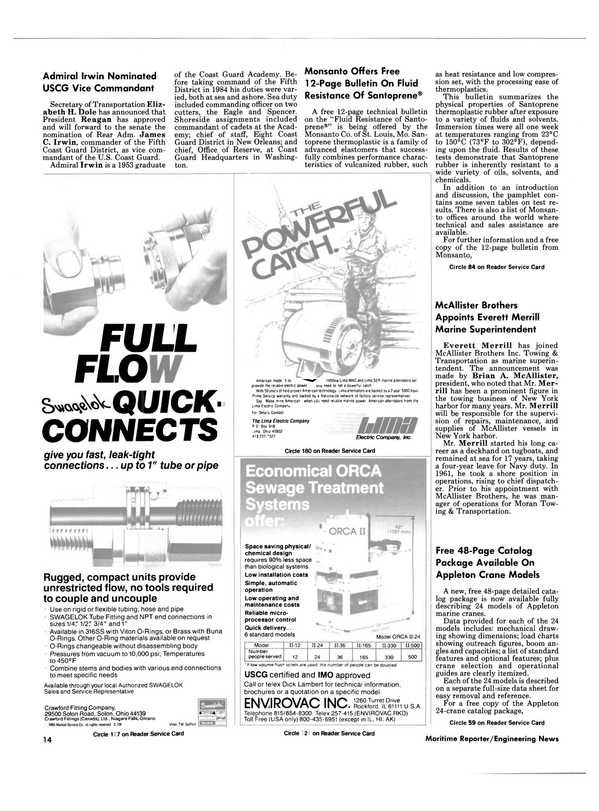