Jane's Publishing, Inc. has announced the publication of a special limited facsimile edition of Fred T.

Jane' s first reference book, the 1898 edition of All the World's Fighting Ships. The facsimile is as close to the original as the use of available modern materials permit.

Jane was only 33 when he completed his work on the first edition.

He was a capable artist, a prolific writer, and worked unceasingly to encourage interest and understanding of maritime affairs.

He not only compiled this work virtually single-handedly, but he also drew many of the illustrations and developed a unique classification method for ships' guns and armor, making comparison between different classes possible for the first time. In the original edition, the preface, explanation of the index, and notes to illustrations appear in French, German, and Italian as well as English. 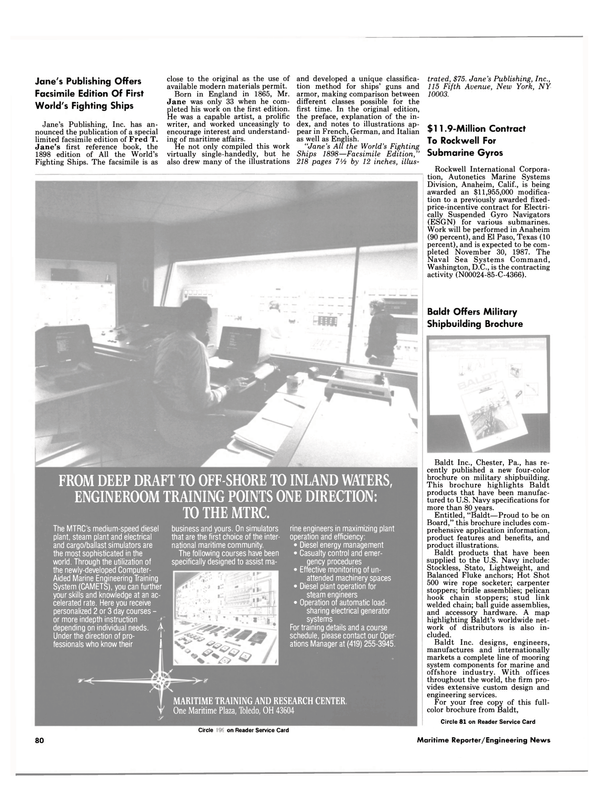