MH Systems, Inc., Del Mar, Calif., developer of the American Underpressure System called Spillstop, has performed probabilistic outflow analysis and cost analysis of the system. The system might prove to be a cost-effective interim solution for existing tankers to prevent or reduce the outflow of cargo.

According to Mo Husain, president of MH Systems, Inc., the system can be installed at low cost as a retrofit to existing tankers. The system utilizes continuous, dynamically controlled underpressure to prevent or reduce cargo loss in collision or grounding accidents. The level of protection is approximately the same as afforded by alternative systems using a double hull or an intermediate deck, according to Mr.

Husain. The system utilizes sophisticated electronic control system for the functional operation of the system.

Approximate accident statistics reported by the National Academy of Sciences can be used to develop estimates of average or expected cargo loss for various systems. In a typical analysis, a notional tanker design of 280,000 dwt was used by MH Systems, Inc., as a baseline for evaluation. 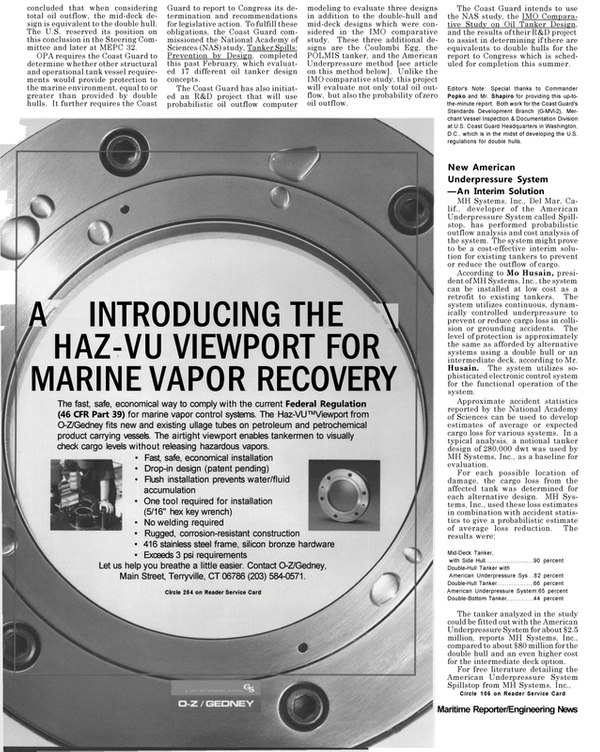