Through a unique approach, the submerged part of the previous Sally Albatross, including her main engines and propellers, was used in constructing the new vessel. This formed the foundation for a completely new, streamlined ship, and cut production time to 20 months.

Following ceremonies at the Rauma, Finland, shipyard, the Sally Albatross departed on her maiden cruise to her homeport of Mariehamn in the Aland Islands, where she then sailed to Helsinki. The Sally Albatross will normally operate in the Baltic Sea, offering 24-hour cruise service. During the summer, the vessel will sail to the island of Visby and to St. Petersburg.

With 550 cabins, most of which have an ocean view, the Sally Albatross has a passenger capacity of 1,400.

Built to Det norske Veritas class, the Finnish-flag, twin-screw ship has a specially strengthened steel hull for ice navigation. She is propelled to a cruising speed of 21 knots by four Pielstick 12 PC2.5V diesel engines and controllable-pitch propellers. Total output of her main engines is 19,120 kw (25,640 hp).

The Swedish Olympiabaten foundation has chartered the Sally Albatross to provide a base for its export promotion project at the Barcelona Olympics this summer.

For details on the shipbuilding services of Finnyards Ltd., Circle 26 on Reader Service Card 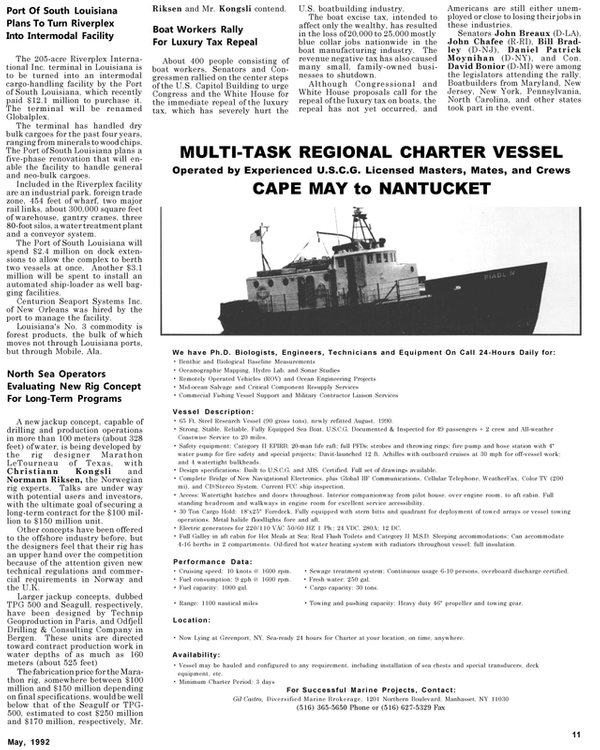 Read Largest Cruise Liner Ever Built At Finnyards Delivered To Sally Line in Pdf, Flash or Html5 edition of May 1992 Maritime Reporter