The initial phase of the Coast Guard's first attempt at developing legislation with the assistance of direct public input is completed.

In an attempt to formulate a fair and reasonable set of regulations pertaining to the Oil Spill Act of 1990, the Coast Guard formed a 28 member committee to provide recommendations to be incorporated into a Notice of Proposed Rulemaking (NPRM). When published in early May, the NPRM will touch on such topics as tank vessel pollution response plans, the carriage of response equipment aboard tank vessels and the certification of oil cleanup contractors. The committee will reconvene after the close of the NPRM comment period to assist the Coast Guard in drafting the final rule.

Pleased with the results of the negotiated process, Rear Adm.

Arthur E. Henn, chief of the Coast Guard's office of marine safety, security and environmental protection, said "your efforts produced a far better regulation than if we had tried the traditional notice and comment method of rulemaking." The Coast Guard would like to see negotiated rulemaking used in future cases where users are able to provide a valuable insight to the process. 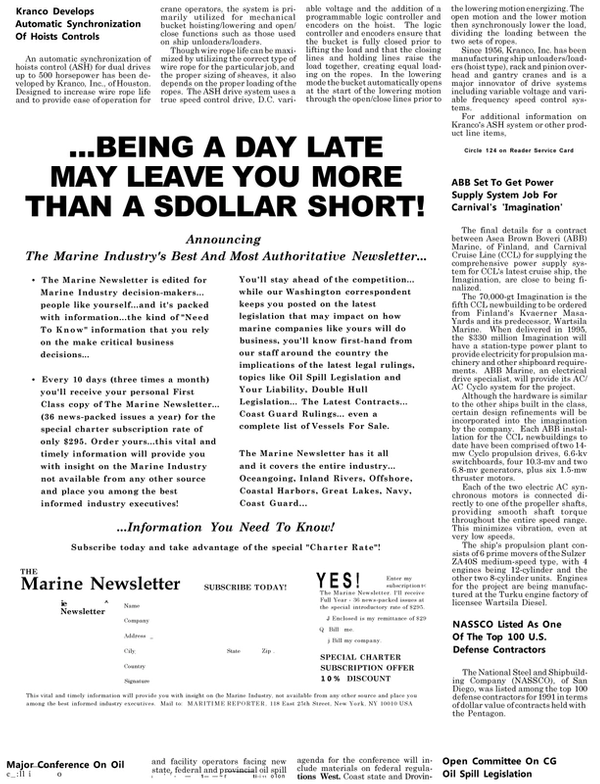