Former Society of Naval Architects and Marine Engineers (SNAME) executive director Robert G. Mende has been presented with the Vice Admiral (Jerry) Land Medal for "Outstanding Accomplishments in the Marine Field." The award was presented by C. (Larry) French.

In addition, to further honor Mr.

In making the presentation, Ronald K. Kiss, SNAME president, said, "He has guided the society with loyalty, strength, efficiency and total dedication through a period of great change in the art and science of ship design and construction in the United States." Mr. Mende, who served as society executive director from 1969 to his retirement the first of this year, was cited for his guidance of the society, making it more internationally oriented, expanding the scope of its technical and research program to include committees dedicated to ship design, ship production, small craft and specialized offshore engineering.

A graduate of the SUNY Maritime College at Fort Schuyler and recipient of a Bachelor of Science in Naval Architecture and Marine Engineering from Webb Institute, Mr.

Mende held the position of society executive director longer than any other individual. 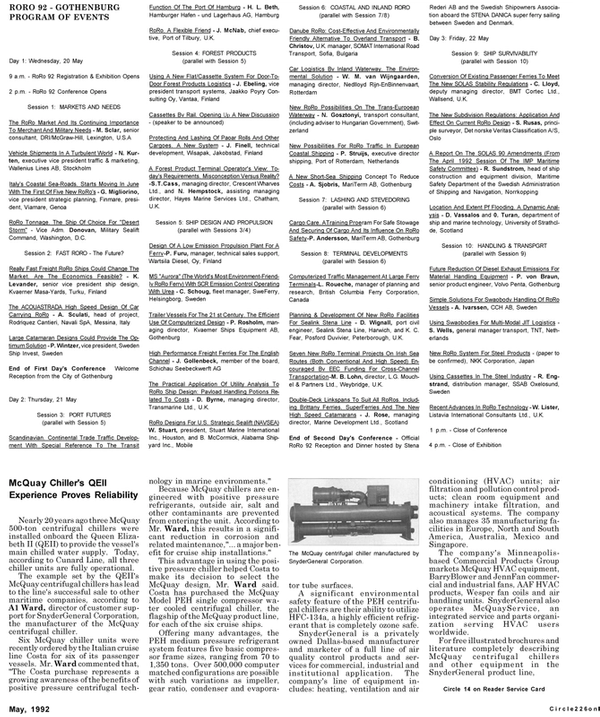 Read Mende Honored For Accomplishments In Marine Field in Pdf, Flash or Html5 edition of May 1992 Maritime Reporter