Biennial International Exhibition Set For June 1 -5 in Piraeus, Greece This year's edition of one of the largest and most popular international shipping exhibitions, Posidonia 92, will be held in the Piraeus Port Authority's waterfront exhibition center in Piraeus, Greece, from June 1 to 5, 1992. The exhibition will officially open on June 1 at 6 p.m. On subsequent days, the show hours will be 11 a.m. to 6:30 p.m.

Held every two years, Posidonia drew a total of 15,000 attendees in 1990, a substantial increase over the previous two shows held in 1986 and 1988, reflecting the upturn in the world maritime sector over the past several years.

Organizers of Posidonia 92 expect this year's show to be even larger than 1990—as much as 30 percent larger. In fact, the organizers have already negotiated additional exhibition space as prebookings for the international shipping exhibition point to recordbreaking participation. More than 600 firms from 35 countries had, as of February, confirmed space in Posidonia 92.

In addition, another 400 firms are finalizing their area requirements and, in order to accommodate these companies, more space has been secured alongside the threetier waterfront exhibition building.

In all, about 1,100 companies from 543 countries will be represented.

"The extremely high interest in Posidonia reflects the industry's buoyant mood and we are proud of having the ability, through the exhibition and associated events, of helping keep the maritime world up to date with developments influencing the sector," said Nana Michael, Posidonia's managing director.

The Greek presence is developing into the host country's most impressive showing, topping the presentation mounted at Posidonia two years ago. Many of the Greek stands will present recently developed products, especially in the field of research and technically advanced management systems.

Interest is also running high in the Posidonia Forum, a traditional feature of the week. To be held on Thursday morning, June 4, proceedings are open exclusively to Posidonia exhibitors and to personalities invited directly by the organizers. 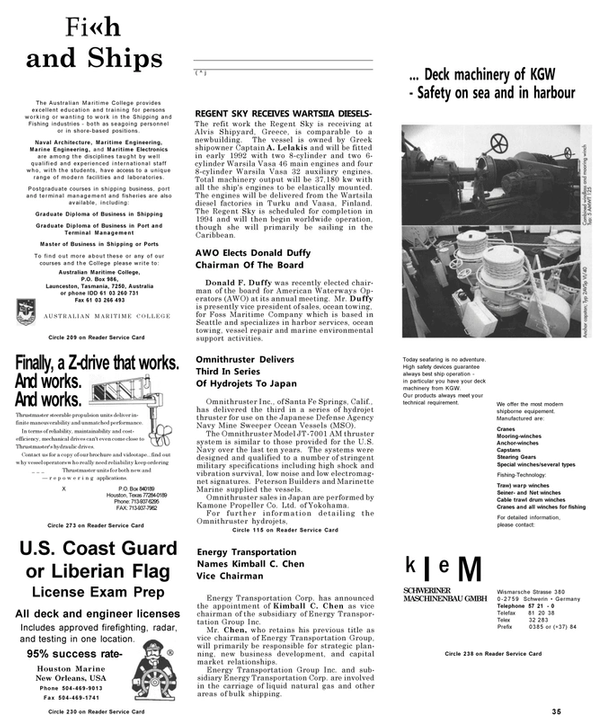 Read POSIDONIA 92 in Pdf, Flash or Html5 edition of May 1992 Maritime Reporter