The engine has had over 4,000 operating hours with a reported power level of 83 percent and a 95 percent share of the ship's service time. An MCS computer monitoring system, developed by MTU-Elektronik, was installed in order to gather data about the engine when installed aboard a ship. The conclusions gathered from the data taken show that the engine is easy to maintain and should have low life-cycle costs. A split-circuit cooling system (TE concept), originally introduced with the 396 series, was also installed on the 595 series engine.

MTU has also been recording test results from a trial engine which was mounted on a factory test stand.

The engine has reported logged 3,000 hours without any notable malfunctions.

The 16V 595 engine was recently installed aboard the 331-foot car ferry, Aquastrada, being built by Rodriguez Cantieri Navali. MTU has also logged several other orders for the 595 series engine. 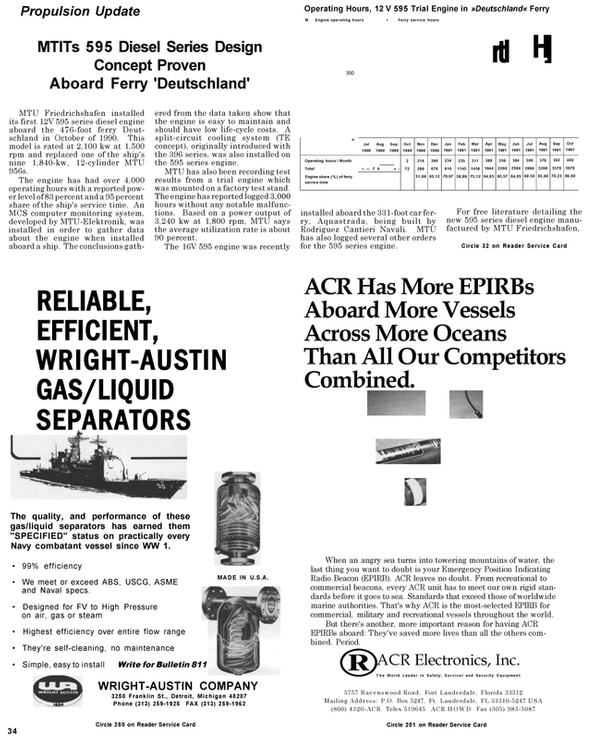