The World Freight Hong Kong exhibition was the setting for a series of conferences discussing the future of the global liner shipping industry in the next decade.

Shipping industry executives and their customers forecasted a major restructuring of the industry, with the struggle for economic efficiency being the fundamental driving force among companies.

"Within five years, I foresee only 11 mega-global carriers or consortium of carriers," stated Conrad H.

Everhard, chairman of Cho Yang Line (USA). He said that the "almost disastrously low" liner shipping rates would eliminate weaker carriers, with only a handful of the giant multinational companies remaining.

Another interesting prediction was the disappearance of company logos from ships, with cargo pools eliminating individual company identities as a forerunner of the giant liner consortiums.

Other changes that were foreseen included: a shift in service emphasis to port-to-port operations; the end of rate-setting conferences; and the basis of container rate-setting being changed to the actual price of the cargo being transported. 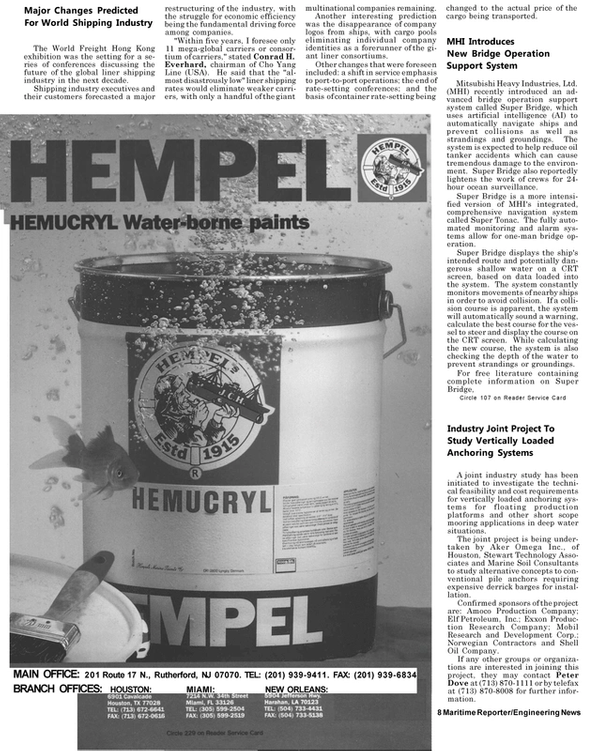