Held on the SUNY Maritime College campus in the Bronx, the forum focused on marine refrigeration and diesel engine performance.

Chairman for the event was John Antonetz and co-chairman was Prof. Jose Femenia. Professor Femenia also served as the moderator for both of the forum's morning and afternoon sessions.

The morning session opened with a welcome address by Rear Adm.

The three presentations during the early session were: "Meeting the Challenge," by Ted Atwood, Allied Signal, Inc.; "Adapting Existing Shipboard Systems to the New Refrigerants," by Benjamin A. Bailey, Bailey Refrigeration Co., Inc.; and "Container Refrigeration Systems for the Turn of the Century," by Charles Sciullo, Carrier Corporation.

O'Rourke, president, Society Marine Port Engineers, presided over the afternoon session. The presentations during the session included: "Recovery, Recycling and Reclaiming of Refrigerants," by Ken Arntzen, Unitor Corporation, and "Effects of Ambient Changes on the Performance of Diesel Engines," by Herbert Roeser, Transmarine Propulsion Systems. 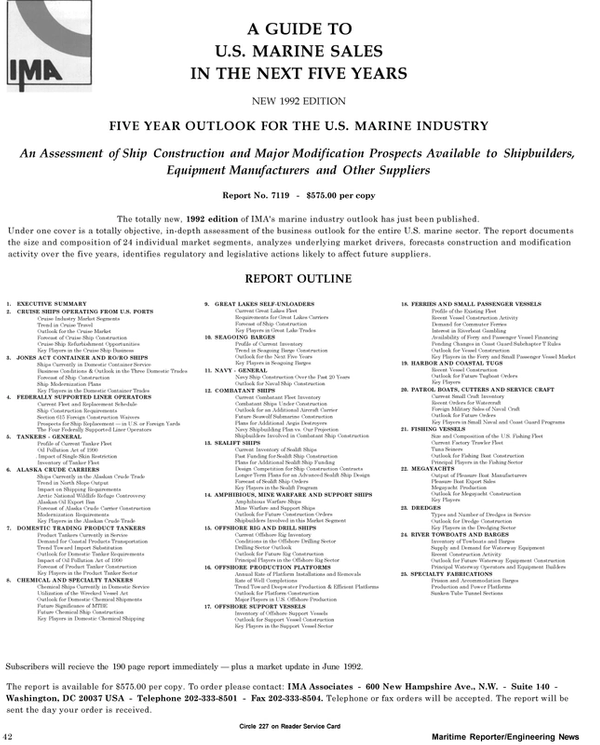