The culmination of two years of construction, the R/V Nathaniel B.

The Port of South Louisiana activated Foreign Trade Zone #124-B, a subzone of the port's main zone, for North American Shipbuilding to help the shipyard meet the specifications of international shipbuilding contracts and still maintain competitive pricing.

Ice classed to new ABS rules, ABS A-2, the Palmer can navigate rough open seas, rolling less than 8 degrees in 16-foot waves and can accommodate 37 scientists and 26 crew.

The 6,500-long ton ship's maiden assignment involves the rotation of scientists from a mile long ice floe where the first Russian-American ice station was launched in mid- February in Antarctica's Weddell Sea. The Ice Cap '92 project is gathering data on global climate and ocean currents that are key to determining the effects of global warming.

Included in the Palmer's sophisticated electronics suite is Robertson's Disc Navigation System, an Electronic Charts Display and Information System (ECDIS). It is a real-time geographic information system that combines both spatial and text data to continuously determine the vessel's position in relation to land, charted or observed objects, glaciers, or ice packs, and unseen hazards, providing the vessel with an extra margin of safety.

The Palmer's ECDIS will also output position data to the Robertson Dynamic Positioning System which will allow the Palmer to negotiate into and out of, or through areas that require special low-speed maneuvering.

The Robertson RMP ROBPOS permits the operator joystick control of all engines, propellers, thrusters and rudder.

Main propulsion for the Palmer is provided by four Caterpillar 3608 diesels, rated at 3.180 bhp each at 1,000 rpm, with two nozzled Ulstein stainless steel, controllable-pitch four-blade propellers. 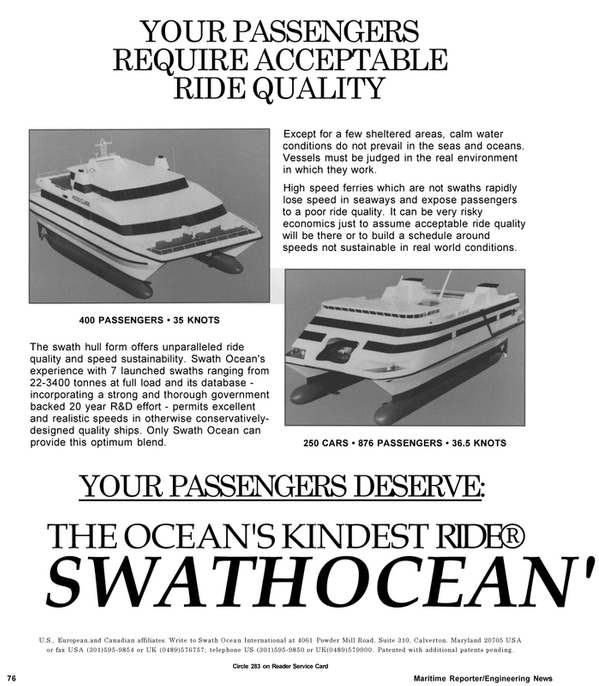